They say imitation is the sincerest form of flattery. But while these homemade candy bar recipes were inspired by their store-bought counterparts, they can definitely stand on their own. Nothing is sweeter than homemade goodies and these are easier to make than you might think. So give in to your craving and break out the chocolate. 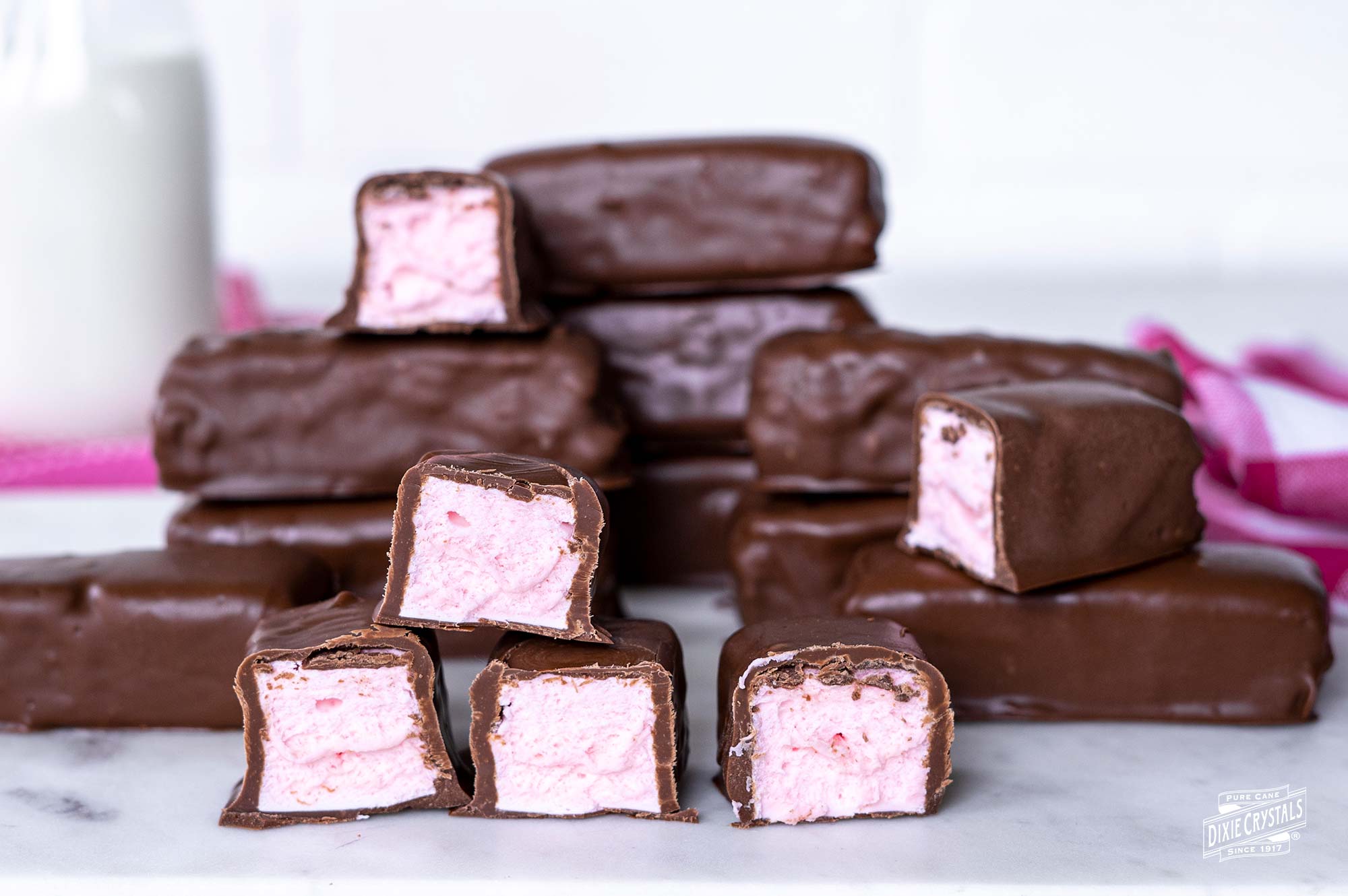 Let’s start with Three Musketeers® – The Three Musketeers candy bar was invented by Mars, Incorporated in 1932. It originally came in a package of three, smaller sized bars of chocolate, vanilla and strawberry nougat. After you picked your favorite flavor you could choose to eat the other two as well or share them with your friends. Unfortunately, the strawberry and vanilla flavors were discontinued due to sugar rationing in 1942 and the candy bar we know and love today is typically sold as one chocolate and nougat bar.  Other flavors have been offered throughout the years for a limited time but now you can enjoy the original taste of strawberry whenever you want with Chef Eddy’s copycat recipe. The best part? This recipe makes 40 bite-sized bars so you can share with a lot more than two friends!

Three Musketeers ® is a registered trademark of Mars, Incorporated. All rights reserved. 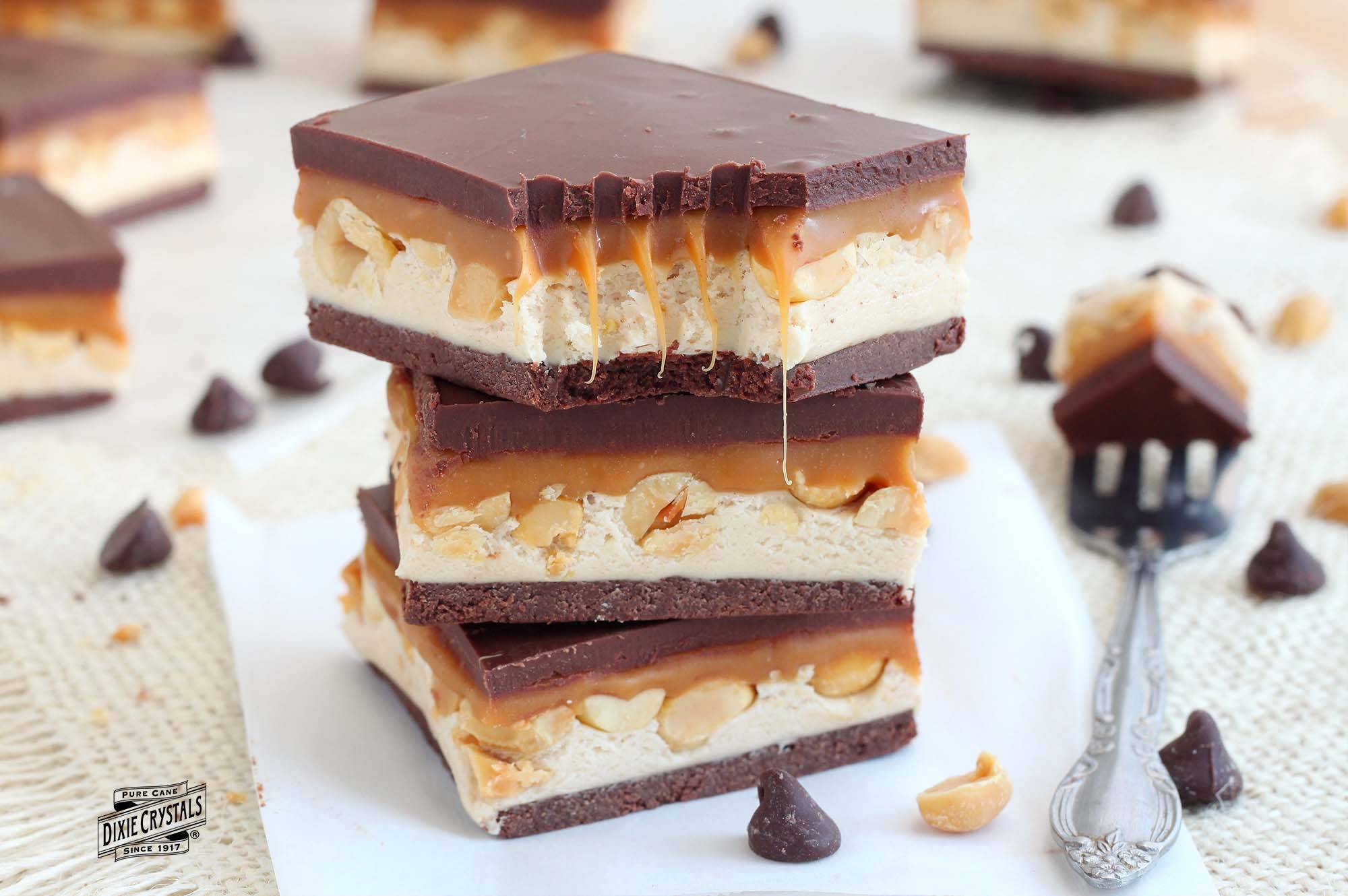 Snickers® – This candy bar with chocolate, nougat, peanut and caramel was introduced in 1930 by Mars Inc. (formerly Mar-O-Bar Co.), named after the favorite race horse of the Mars family. According to todayifoundout.com:

Our delicious Snickers copycat recipe by Roxana Yawgel has only seven ingredients and takes less than 30 minutes to prepare.

Snickers® is a registered trademark of Mars, Incorporated. All rights reserved. 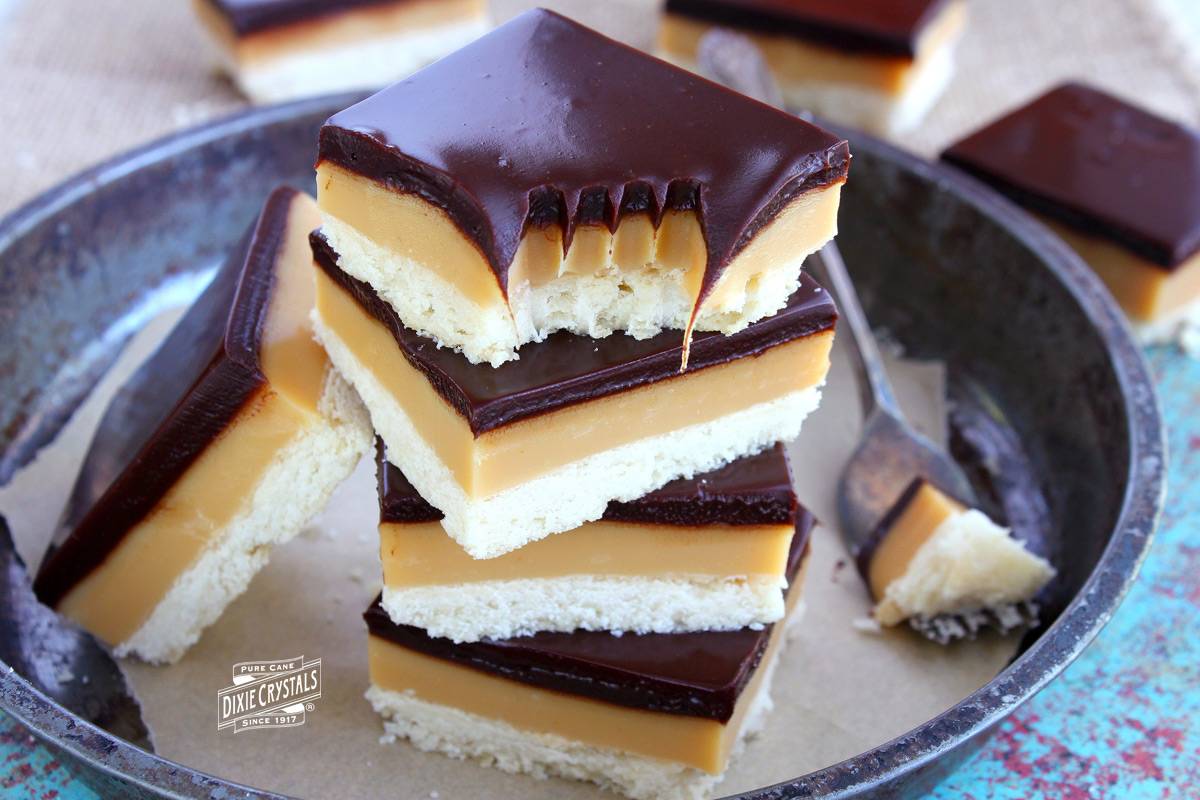 Twix Bars® – two bars in one, each has a cookie center with caramel topping and is covered in milk chocolate. The Twix® bar originated in the UK by American-based Mars Inc. in 1967 and was introduced in the United States in 1979. Our homemade Twix version by Roxana Yawgel has a thin buttery cookie layer topped with gooey caramel and rich chocolate ganache and comes together in less than one hour.

TWIX is a trademark of Mars, Inc. ©Mars, Incorporated 2014. All rights reserved. 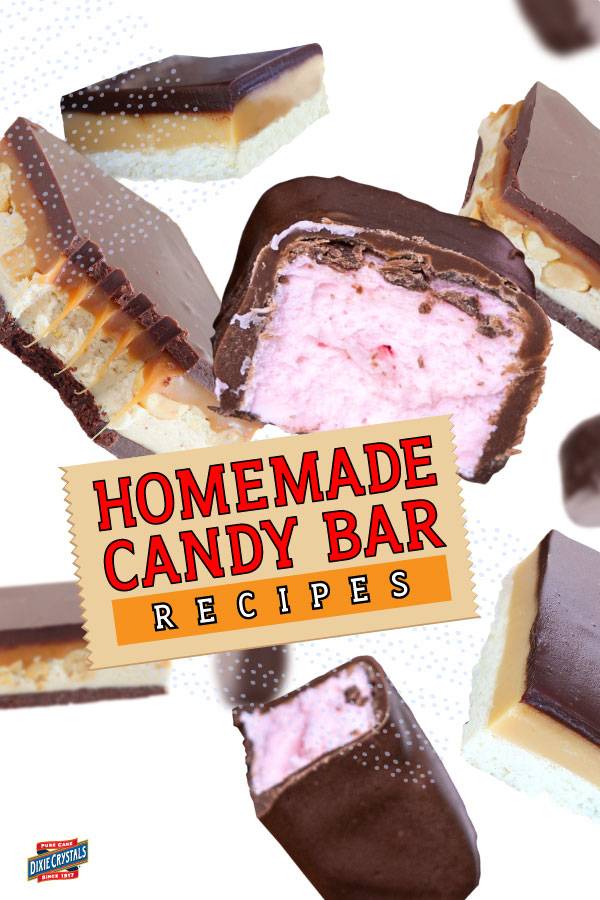 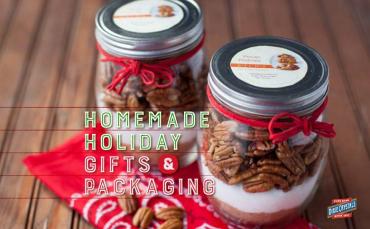 Do you have a growing list of people to shop for this holiday season? There are a lot of people... 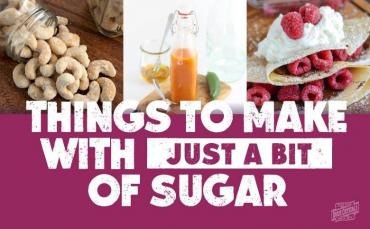 Things To Make With Just A Little Bit Of Sugar

The bottom of the sugar bag is a curious place. With just a few scoops left, there’s a dilemma... 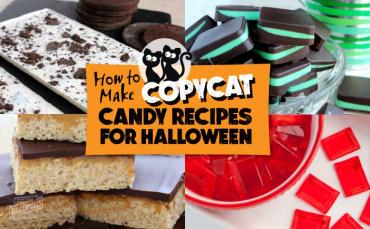 How to Make Copycat Candy Recipes for Halloween

If there ever was a time to learn how to make homemade candy, it’s now. Ghosts and goblins will...