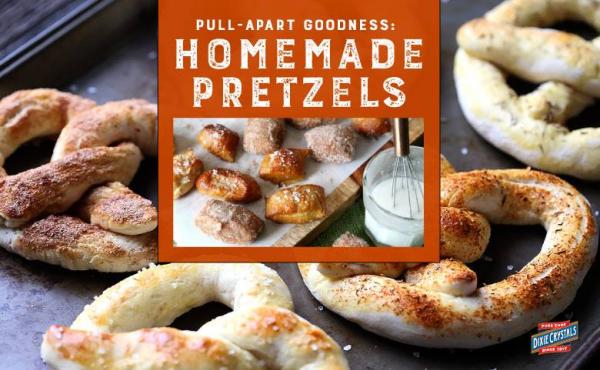 As you enter the gates to a baseball or carnival, do you immediately crave a buttery, soft, salted pretzel? This giant, twisted dough of goodness has come a long way over the years, making its way from ballparks onto the appetizer menu of many gourmet restaurants, or in pubs as a popular snack to nosh while sipping a craft cocktail or beer.

Looking for an excuse to indulge? Don't get twisted up in a knot! Here's your reason: April is National Soft Pretzel Month. And you can't do better than homemade soft pretzels -- you know the ingredients and they are simply just better. We've got not one, but three easy soft pretzel recipes you can make in your own kitchen -- with variations on sweet and savory toppings -- and you can indulge anytime you like without the crowds.

A couple of twisted tips: As with all baking, follow the soft pretzel recipe exactly. Storing is best in paper bags, and make sure your pretzels are 100% cooled when you store them. 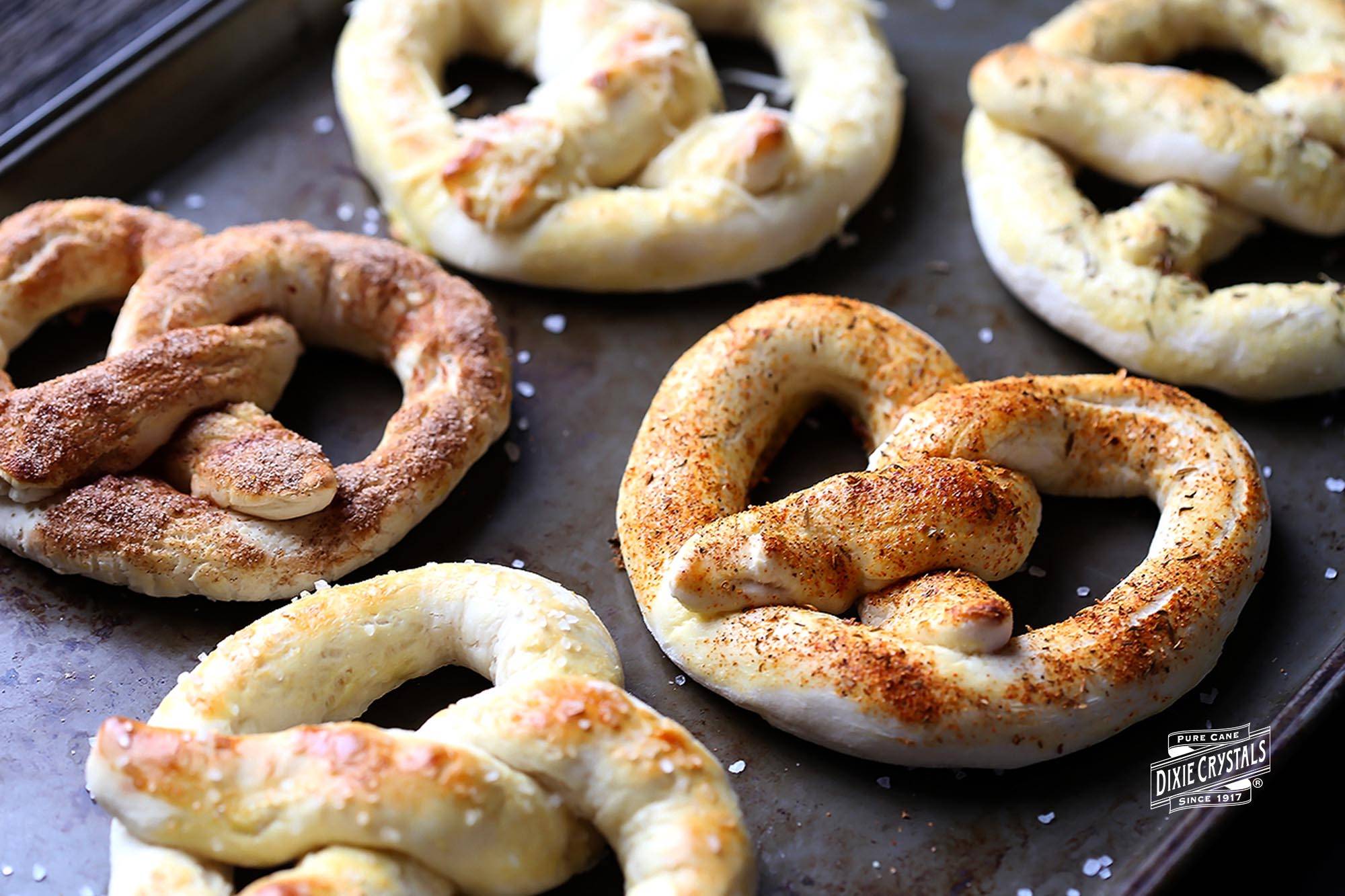 Here's a quick, versatile recipe with various toppings you can make any time of year. Eat it classically plain, or kick it up a notch with our Cinnamon Sugar, Parmesan Cheese, Italian Garlic and Cajun varieties. 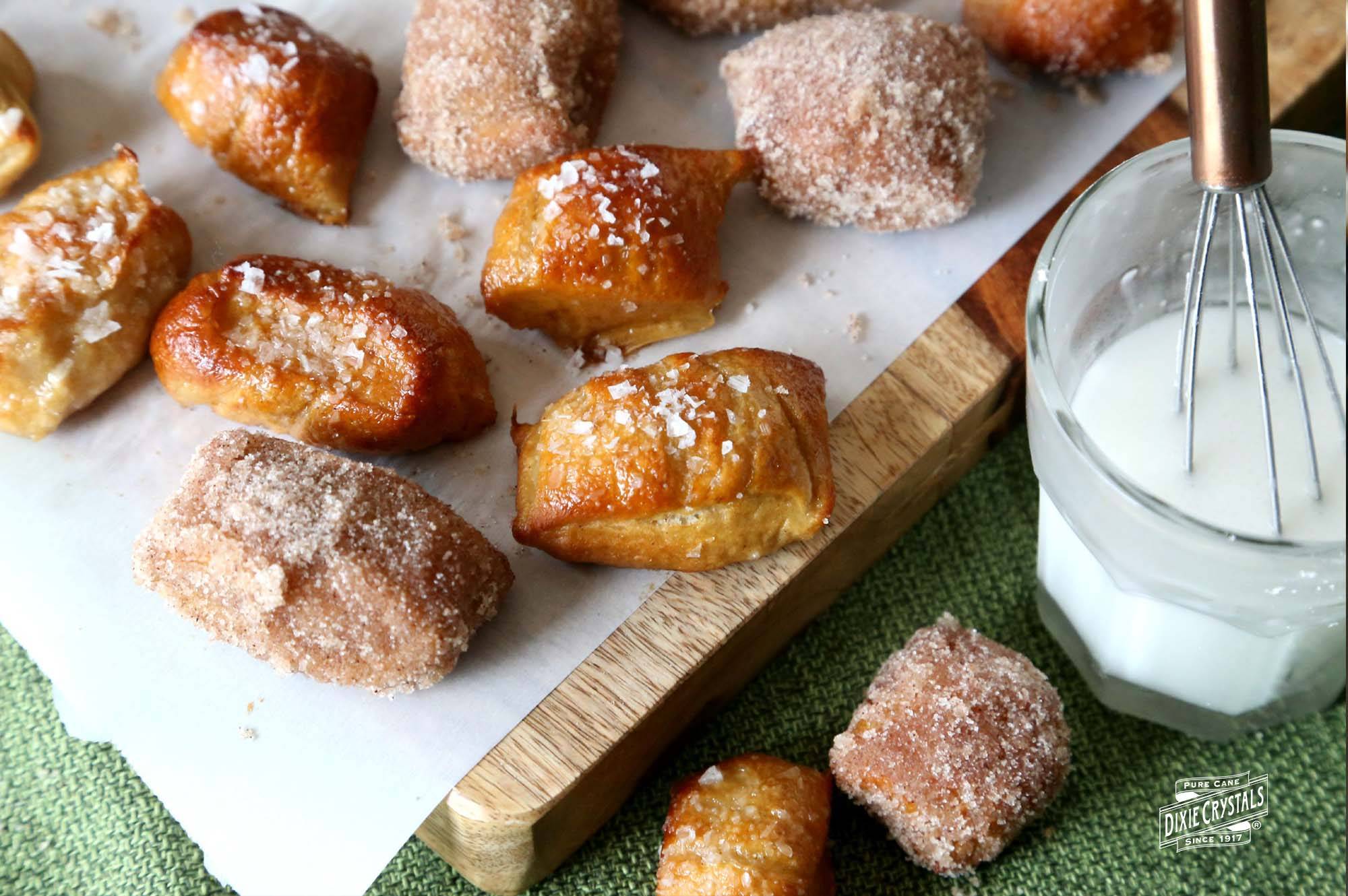 Pop these into your mouth and try to stop with just a few -- you can't! Soft Pretzel Bites are irresistible when served with chocolate dipping sauce or covered in vanilla glaze and make the perfect party food. 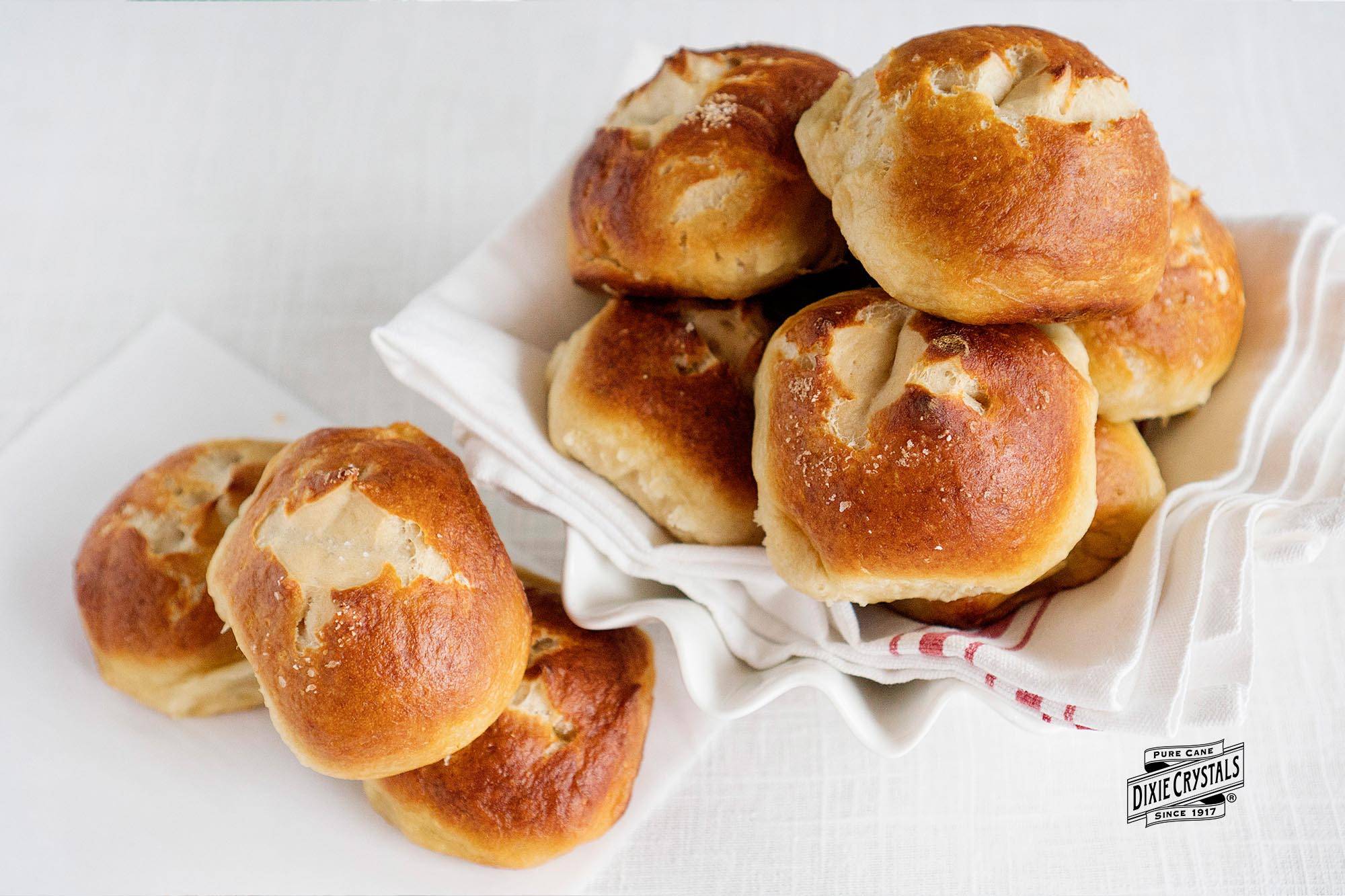 Ahhhh, pretzel rolls. You've seen them in bistros and you've sunk your teeth into them with delight. Now you can shake things up at your next BBQ or picnic by serving hamburgers and sandwiches on a pretzel bread roll instead of the same old boring buns. These rolls have the same taste and texture of a pretzel and can also be served as a side dish for dinner. Just be ready, because no one will eat just one.

Food for thought: European monks started the tradition of pretzel making by using twisted scraps of dough to represent a child's arms folded in prayer. They called the treat Pretiola (Latin for "little reward") and gave it to children who had memorized their prayers. By the 16th century, Catholics often ate them on Good Friday and pretzels became an official food of lent.

And did you know the popular phrase "Tying The Knot" has a reference to pretzels? During weddings in Europe, the bride and groom would tug at a pretzel like a wishbone. The one who obtained the larger piece would secure the fulfillment of their wishes by their new spouse. 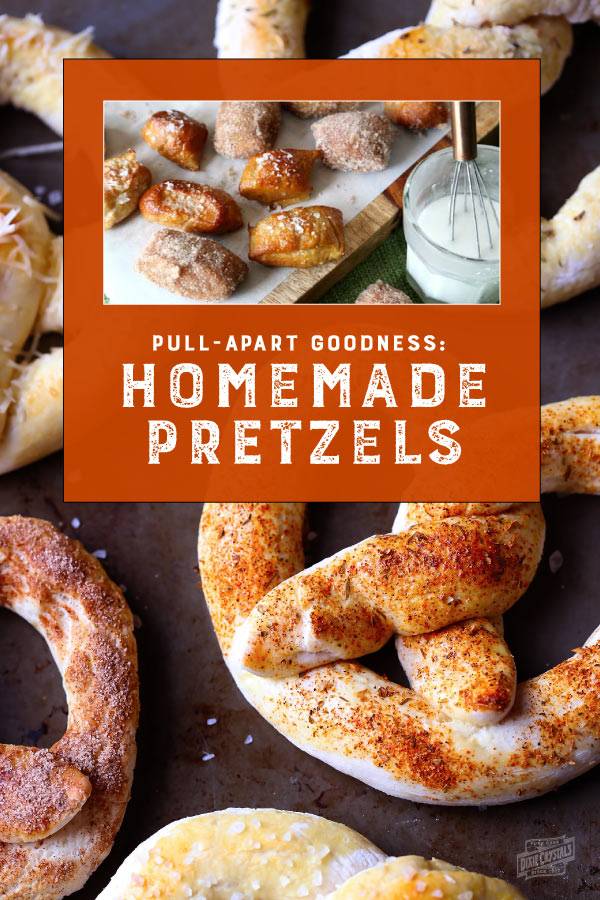 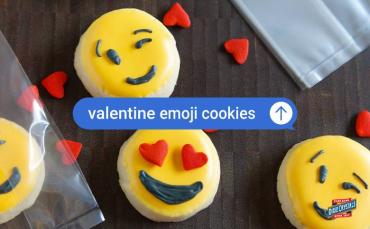 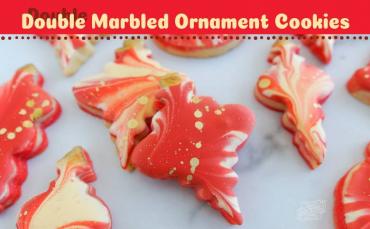 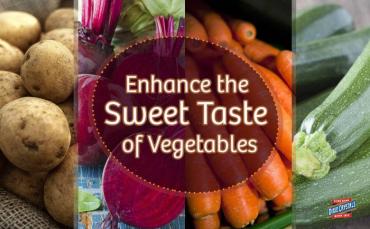 How To Enhance The Sweet Taste of Vegetables

Spring has sprung and the earth is dancing with fruits and veggies galore. Here in Texas, we're...