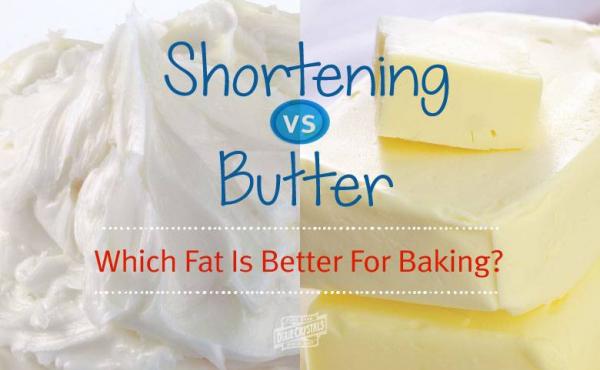 When you flip through our vintage cookbooks you'll notice the majority of recipes call for shortening, while most of today's recipes use butter. Shortening or butter - which is better for baking and why have we used different fats in recipes over the years?

The main reason was simply cost. In the early 1900's, butter was much more expensive than shortening. Plus shortening is flavorless, has a longer shelf life and keeps its form without refrigeration, making it much more versatile in an era when refrigerators were a luxury.

Throughout the 20th century, shortening, margarine and butter have waxed and waned in popularity as new health science discoveries have been made.

Much like sugar, butter and shortening are best consumed in moderation. Which you choose depends on personal preference, although shortening and butter are not completely interchangeable. The same recipe made with butter will have a different texture than when it is made with shortening. It all comes down to the fat.

According to "The Professional Chef," from the Culinary Institute of America, "Fat makes baked goods tender and moist. This occurs when the fat (whether it is shortening or butter) is incorporated into the batter. The fat tends to surround the flour and the other ingredients, breaking the long strands of gluten in the batter or dough into shorter units--hence the term shorteners."

"The way in which the fat is incorporated will affect the item's overall texture. Fats that are rubbed or rolled into doughs tend to separate the dough into large layers, creating a flaky texture. When the fat is thoroughly creamed together with sugar so that it can be mixed evenly throughout the batter, the resulting item's texture will be more cake-like and tender. Fat also helps to retain moisture in the finished product."

Shortening is a solid, white fat that contains 100 percent vegetable oil. It's made through a hydrogenation process which involves adding extra hydrogen atoms to the vegetable fats, which turns them into solids. Hydrogenated vegetable shortening has a melting point between 117°F - 119°F.

"Because shortening is 100 percent fat, there is no extra water in the recipe. No water means no steam and no extra gluten production during baking. As a result baked good recipes with shortening have a tender, moist and soft consistency," explained Chef Eddy Van Damme.

"Shortening's higher melting point gives the eggs and flour extra time to become firm before the shortening melts, reducing the spread of cakes and cookies. The problem with the shortening made today is that it often leaves a waxy taste and film in your mouth."

Butter produced in the U.S. contains 80 to 84 percent fat and the rest is water. Butter has a melting point of around 84° -- 90°F. Many dough recipes are leavened by creaming butter and sugar together, introducing air pockets into the fat. During baking these tiny air pockets expand and aerate the dough, causing it to rise and spread. Additionally, when the water turns to steam during baking, it aids the formation of gluten, which in turn results in a crisper final outcome.

"Butter gives baked goods their characteristic butter flavor," Chef Eddy said. "Baked goods made with butter will not leave a greasy after taste and feel in your mouth because butter melts below body temperature. When you cream butter and sugar together, your cakes will be just as light and tender as when you use shortening. Just be sure to keep butter at room temperature and to beat the butter and sugar together for 4-5 minutes to ensure all the air bubbles are incorporated into the fat."

When it comes to pie crusts, the opposite is true. Pie crusts incorporate solid pieces of butter into the dough, which become layers of fat that are melted away during baking, leaving a flaky texture.

Due to butter's lower melting point, it's important to chill your butter (and even your utensils) when working with a butter dough. Many people believe that pie crust is best made with shortening. However, if you're after a delicious and extra flaky crust, butter is the ingredient to use. Only butter contains water (shortening does not) which turns into steam in the oven and consequently into delicate flaky layers.

Chef Eddy prefers unsalted over salted butter as the salt percentage of butter varies by manufacturer. To control the salt content and taste, use unsalted butter and add salt to your recipe independently. If you only have salted butter on hand, the general rule is to reduce the amount of salt in your recipe by 1/4 teaspoon per 1/2 cup of butter. It's also important to note that unsalted butter has a higher water content, meaning it forms more stable air pockets when creamed.

So which one is better, butter or shortening? Chef Eddy prefers butter due to its taste and mouth feel.

When substituting shortening for butter, you may need to add extra flavoring such as almond, vanilla, cinnamon or mint extracts as shortening has no taste. When replacing shortening with butter, add 25% more butter to make up for the missing fat content.

Also, if color is important to you, be aware that butter adds a yellow tint to cakes and cupcakes, whereas shortening adds no color at all.

A footnote on margarine: Chef Eddy does not recommend using margarine in baked good recipes as the fat content can vary dramatically.

Which fat do you use for baking...shortening or butter? 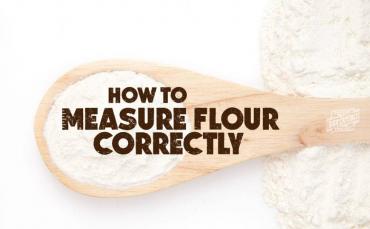 Delicious homemade baked goodies make us feel all warm and cozy, especially during the holidays... 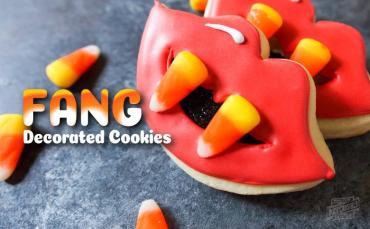 Our friend and brand ambassador Bridget Edwards conjured up a decorated cookie recipe... 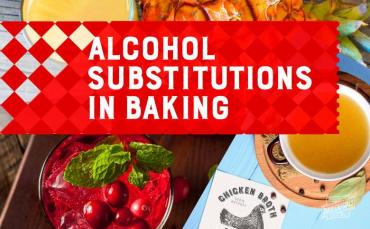