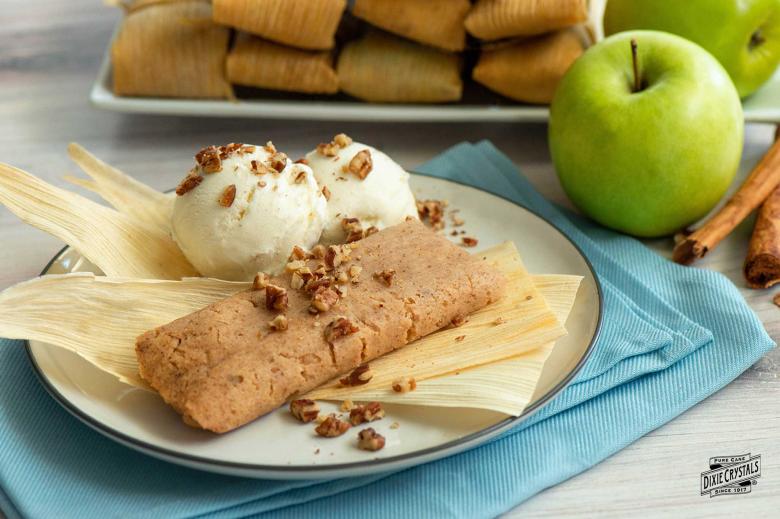 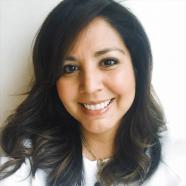 Tamales are traditionally served in Latin households year-round, but grow increasingly popular during the fall and winter months for the holidays. From spicy and savory to rich and sweet, tamales come in all flavors. These Cinnamon Apple Tamales have a similar filling to an apple pie, but instead of a flaky crust, these tasty treats are enveloped in a sweet-cinnamon corn flour base dough. Serve them with a drizzle of caramel or a la mode with a sprinkle of chopped pecans.

Rating:
Rate it yourself 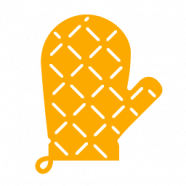 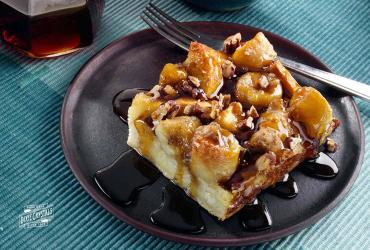 Nothing says breakfast like French Toast. This recipe takes a brunch classic and spins it with fresh bananas, rum extract and chopped pecans. Warm and...
3
4
166
Share itTweet itPin it 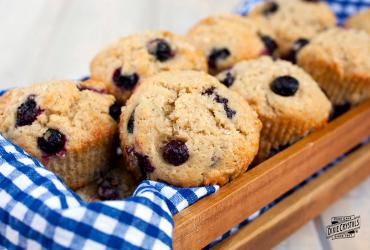 This is a make-at-home version of Chef Eddy's professional bakery recipe. With 1 1/2 cups of blueberries, you're sure to get a burst of blueberry...
0
5
25
Share itTweet itPin it 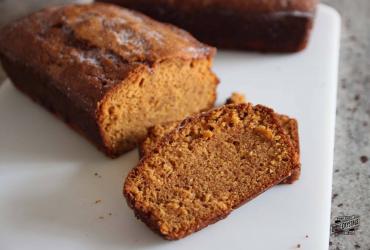 This Kaalberg Pumpkin Bread recipe has evolved over 25 years of trial and effort, resulting in a wonderfully moist and sweet batter bread.
1
2
37
Share itTweet itPin it 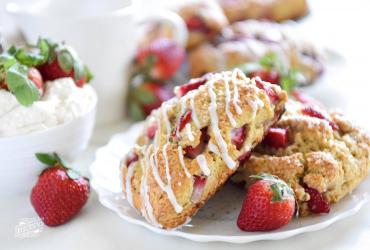 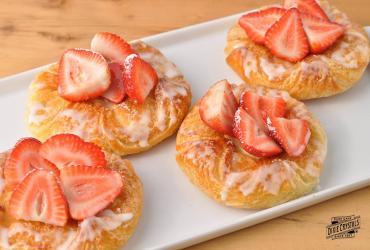 This flaky European-style Strawberry Cream Cheese Danish takes a while to prepare but the flavor and texture is unsurpassed. Taste rivals any high-end...
0
4
76
Share itTweet itPin it 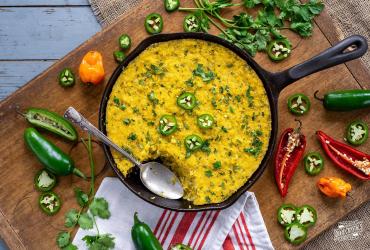 Tired of plain-old cornbread? Kick this side dish staple up a notch with Chef Eddy's Jalapeno and Cilantro Sweet Corn Cake. This sweet and spicy combo...
0
3
4
Share itTweet itPin it

Oops.. there is no Spanish translation to this recipe